How many players on a soccer team?

A casual pickup game of soccer can involve teams of any number of players, but how many players on a soccer team there is, during an official match, is regulated by the Laws of the Game. During the early days of soccer or football as it’s called in Europe, there was no set number of players a team can have on the field. Sometimes it could be as many as 20. And by one hypothesis only because of the cricket teams had 11 players, soccer teams started fielding the same number of players. 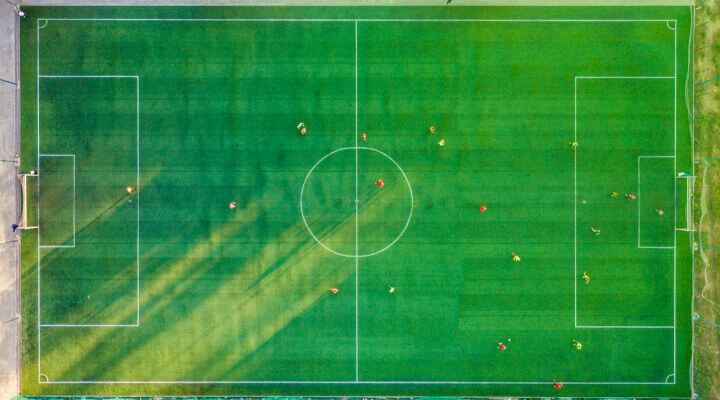 What is the minimum number of players that can play on one soccer team during the match is also defined by the rules. And for senior competitive games, that number is seven. 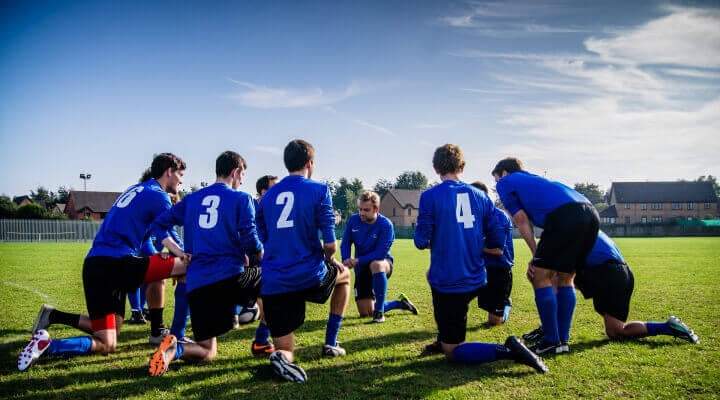 If you are interested to know anything about the number of soccer players, you first need to know that players on the pitch are not the whole team. Teams also can have substitutes, and very often, several more players who are left in the stands. On the pitch, during the game, per the Laws of the Game, a team can have 11 players of which one is a goalkeeper. But sometimes it can happen that due to various reasons a team finds themselves short a player or few. And per rules, the minimum number of players on the pitch is 7. If a team can field only 6 or fewer players, such match is per rules forfeited.

How many players on a soccer team including substitutes?

How many players on a soccer team including substitutes, can depend on the regulations of the competition. In MLS and English Premier League, it is up to 18, but in Italian Serie A and international matches, it is up to 23. And these two numbers are the most common in the world of soccer, with some competition allowing one and others the other number of players in the matchday squad.

How many players on a soccer team roster?

But the teams are almost always allowed to have more players on their roster. And that number is not defined by the Laws of the Game but regulated by organizations that organize competitions the clubs are participating in. During a professional soccer season, players can get suspended or injured, making them unable to play one or more games. Thus the competition rules try to make up for such potential absence. Therefore the competition regulations always stipulate what is the maximum number of players in a matchday squad.

In Europe, most of the national leagues follow the same model as the UEFA’s roster registration rules for the continental competitions, Champions League, Europa League, and UEFA Super Cup. A team’s squad is divided into two lists, List A and List B. On List A are the players of 22 or more years of age, and there are up to 25 spots on that list. While List B is for the players of 21 years and younger, and there are no limits on the number of players on it.
MLS teams have the Senior roster of up to 20 players but no less than 18, and additional Supplemental roster of up to 10 players. 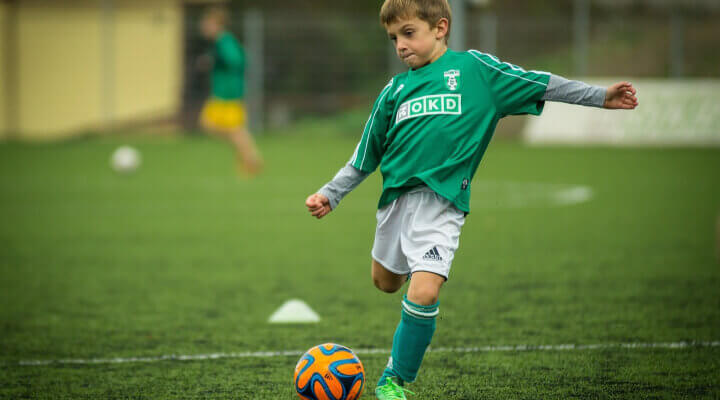 Per Laws, each team should have 11 players, of which one is a goalkeeper on the pitch during the match. And the opinion of many coaches and soccer experts, that is an optimal number, concerning the size of soccer pitch and abilities of senior soccer players. But not all players are equal.

How many players on a youth soccer team?

And how many players on a youth soccer team there is determined by their age. In the States, the US Youth Soccer Association is the largest youth soccer organization, and they have several regulations depending on the age of players:

In Europe and the rest of the world, relevant youth soccer organizations prescribe the same or similar team sizes per age group. 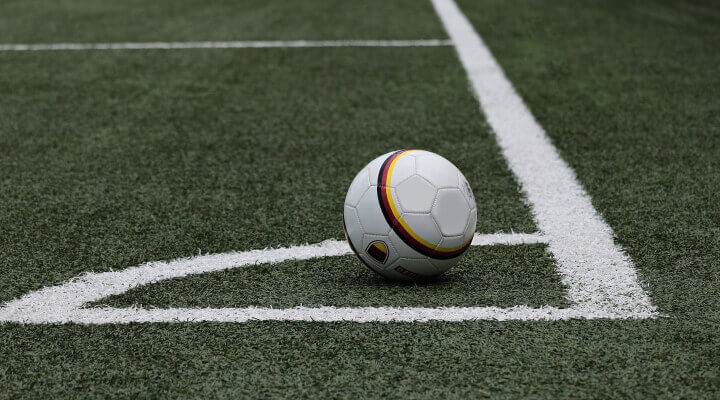 But soccer is not played only in the full field format. There are many variants that are played around the world. And some even have professional leagues, such as futsal. So, how many players on a professional soccer team also depends on the format the team is playing.

For formats such as 5v5, 6v6, and so on, it is easy to guess. There can be as many players per team on the pitch, as it is stated in the name of that format. 5, 6, and so on.
One of the most popular variants of soccer is futsal. It is played on the hard courts and most often indoors. The pitch is much smaller than the full-size field, and each team has 5 players, of which one is a goalkeeper.

Beach soccer is another variant. Though soccer has been played on beaches in the form of pickup games since the ‘90s, it’s rules are being codified. During the play, each team can have 5 players, the same as in futsal.

Indoor or arena soccer is another very popular soccer variant. While futsal is played on hard court, indoor soccer is played on the artificial turf. Most of the time, it is played with teams of 5 or 6 players, including a goalkeeper.

The soccer, or football as it is called in the rest of the world, is a team sport. And every team is made out of players. How many players on a soccer team there is during the match is determined by the regulations of the competition. For senior professional games, regulated by the Laws of the Game, this number is 11, of which one must be a goalkeeper. And the minimum of players on the pitch is 7. But for different age groups, this number can be smaller. And also, for different variants of soccer, such as futsal, rules specify different numbers of players on the team.